You all love margarine, right? It's the plant-based version of butter. Actually, I learned about margarine the first time when I was in high school.

In economics class, our teacher tried to explain to us the concept of substitution goods and so he made an example and said: "A substitute good is a good that can be used in place of another."1 Then he continued: "Butter and margarine are commonly referred to as substitution goods. In the kitchen, they can be used almost interchangeably. If one day, you go grocery shopping and can't find butter, it's likely not a problem as you'll survive the week without major hiccups on margarine too".

And then, he took the chalk and drew a weird graph on to the board that probably nobody in the room fully understood.

That was roughly 12 years ago. And since then, I thought about substitution goods quite a few times. It was the usual subjects. Coca-Cola and Pepsi, McDonald's, and BurgerKing. Taking a train vs. buying a car.

But then today, I had to explain a friend of mine the concept of a substitution good, and I intuitively used the example of my teacher: Butter and margarine. But as soon as the words left my mouth, I thought to myself: Poor cows!

OK, OK. Let's rewind a bit. Also, let me give some context.

First off, I live in Berlin. And everyone here wants to save the world. With the purest intention. So even though you won't notice it much visiting the city, my peers are incredibly political. But not the standard "political" YUPPIE you're thinking. The Berlin youth lives their lives according to strict principles. To the uttermost extend. Quite often, even so much that it burdens friendships. Especially, when you're a vegetarian-diet-red-pill-immune person like I am2.

Anyways, beginning last year, I started noticing a trend in how my flatmates and I feed ourselves. Mainly because this big sausage company, called "Rügenwalder Mühle," had begun to expand their meat-free meat substitution products immensely. My die-hard vegetarian flatmate one day came into the kitchen and started a chorus of praise about Rügenwalder's vegetarian Cordonbleus. Since each package comes with two, he threw them in a pan, and shortly we were eating analog meat with analog cheese inside. 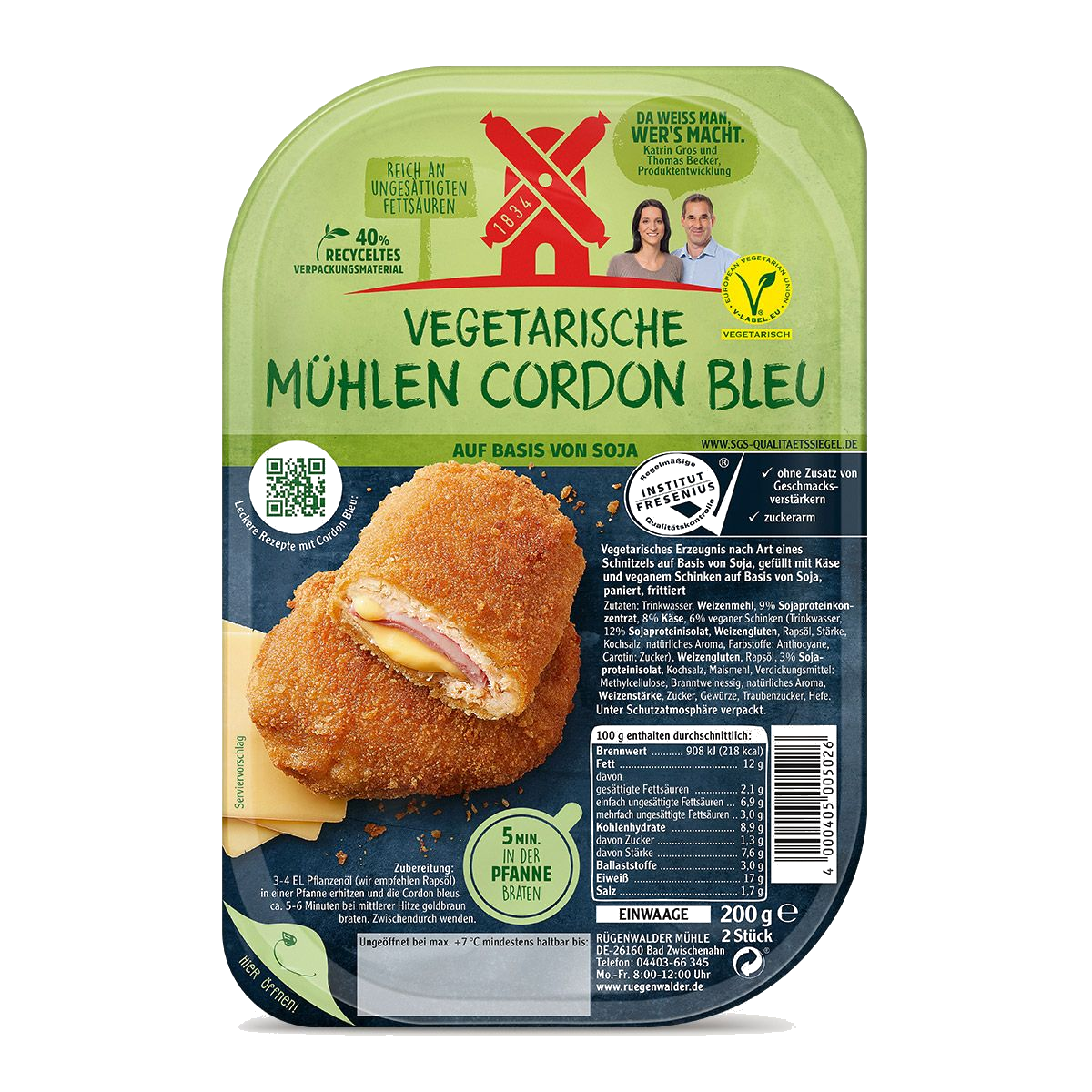 And what can I say? I actually liked these more than I liked real Cordonbleus. Simply because I've always had this childhood trauma of eating an animal. Even today, every time I bite into a piece of meat, I secretly hope its taste won't connect much to how the animal smells. I don't know. To me, that's just terrible as I grew up surrounded by animals in a small Swabian village. It breaks my heart and also utterly disgusts me when my body tells me that what I'm eating had been alive just a while ago.

But with these Cordonbleus, things were much different3! I felt like I could really binge on those things. No harm is done to animals! I technically can just eat 17 of them today without feeling bad! Also, they taste so great with Sriracha sauce. It was just too good to be true!

And so I lived happily, binging on all the great Rügenwalder Cordonbleus until today when I had to explain this damn concept of a substitution good to a friend of mine.

See, in my opinion, we've enslaved animals within our capitalistic system. We're extracting goods from them without their consent and selling them on the open market. Some policies regulate on how we should be treating animals and gladly, there are BIO labels. I genuinely believe that things are objectively getting "better." By the numbers, at least.

What nobody really questions, however, is if the cow would revoke their consent of giving milk if it could. Sadly, though, if you model the brain of the Bos Taurus Economicus, the rational cow, I believe it wouldn't necessarily revoke its consent immediately.

Why? Because it has been domesticated towards what it is today for hundreds, if not thousands of years by humans. I'm sure some of you have seen the Netflix documentaries too. Cowspiracy. Milk. There are so many of these now. Likely and sadly, because cows are now also seen as a significant reason for climate change. The point of them is that cows today are massively optimized for giving milk and meat. They can barely live on their own. They require human help to survive because we've domesticated them for maximum profit.

OK. But what has all of this to do with butter and margarine? Well, for that, we need to enter Donna Haraway's "Staying with the Trouble." In it, she argues that humanity is currently finding itself in the Anthropocene, a geological epoch that's dating from the commencement of significant human impact on Earth's geology and ecosystems (I stole that 100% from Wikipedia btw.). But she goes even further and argues that much of the biology and nature that we experience today has very much been influenced by humanity's history.

She talks about how loving carrier pigeons may be the reason for the story of Romeo and Juliet to exist. But not only that, but she also challenges us by arguing that we humans have an individual responsibility to be response-able towards the domestic animals our ancestors and we have "co-created". She argues for "making kin, not babies." And in general, she argues from a truly-inspiring and honest way of "making kin in the Chthulucene. Chthulucene, being her suggestion for naming Earth's next geological epoch.

Most importantly, however, Donna Haraway argues for a strategy she calls "becoming-with." Essentially a practical way for all critters to live and die on "terra. I understand it as follows:

We've inherited this world. It's full of trouble, but that's OK. Because each and every one of us has the individual capability to be response-able (to act on our own responsibility). Some of us have quite huge response-ability. Some of us have very small. And some are in-between. Note that she's not particularly making response-ability a global task. Instead, she's deliberately making it sympoietic (collectively-producing, decentral control) and not autopoietic (self-producing, central control).

To me, that's beauty in its purest form. Why? Because it gives each and every one of us quite concrete guidelines on how we should act towards enslaved and domesticated animals. We should behave towards them in our personal, most morally-sound way. Maybe, today it just means petting a dog or not eating that burger. Well, tomorrow, it can mean feeding thousands of pigs and not having them slaughtered by an insane monopolized industry.

OK. But should I buy butter or margarine now??? Well, I think that's a decision entirely up to you! I'd still like to make a point about substitution goods that I hope vegetarians and vegans may appreciate. It's indeed coming from my heart and with no ill intentions in mind. Also, a disclaimer. I haven't really researched this whole point, so while it may be rhetorically correct, factually, it may not. But maybe it's also up to the readers to verify and conduct studies! My idea with this essay is less to convince you about e.g., buying butter over margarine, and more about the way we can think about today's problems from an ethical and also economical point of view. So here we go:

Butter and margarine are substitution goods, meaning they're technically interchangeable in the kitchen. Butter is made from cows' milk. Margarine is purely plant-based. As cows have to be fed with plants, but since plants only require water and sun, we can simply assume that for the purpose of a cooking-fat, margarine is more efficient to produce and hence over a long period a cheap alternative to butter. 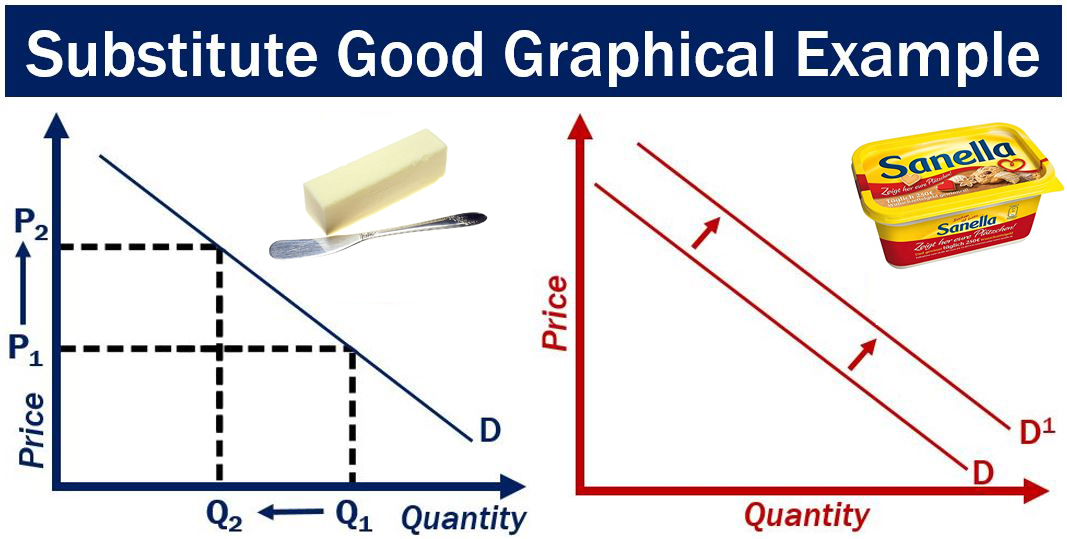 Assuming you, e.g., increased the price of butter to improve the living conditions of a cow, it'd mean that you'd decrease butter's demand, and at the same time, you'd increase margarine's demand and hence its price. At least in the short term, it could be argued that given the market's structure, vegetarian substitute goods are not contributing towards less animal suffering. Instead, the opposite may be right.

Of course, this becomes even more problematic, the more industry processes and products are replacing animal-based ingredients with plant-based alternatives. Not only are plant-based substitutes structurally cheaper to produce as you simply don't have to feed animals with plants to create them. But additionally, given the fact that you're taking money away, that is paying, e.g., "a cow's rent," you're also contributing towards more efficiently extracting value from animals and hence to more extreme animal suffering.

In simpler terms: The fewer money farmers have to feed and maintain their life stock, the more they'll have the incentive to squeeze out every last penny. And judging by my intuition, that will undoubtedly mean more suffering for the animal.

Yeah, I know! The situation looks quite dire. Well, yes, it does. But also it doesn't. Because we've just looked at cows as rational actors and we've also learned what it means to be a good companion species towards cows. We have to become-with with them and act response-able!

So instead of calling on our politicians to create more rules and complexity, I'd like to encourage you today to think like a genuine capitalist. Assuming that we want to move the world over to vegetarianism or veganism. Considering that we want to optimize for as little animal slavery and suffering: What are economic policies that could help cows, pigs, and chickens to live and die peacefully during this phase of aninomic (animal + economic) turmoil? What can help in the long-term? What's a solution that could be applied today? Think, discuss, write!

Here's my take on one idea:

Venture capitalists always talk about Universal Basic Income for their sacred entrepreneurs. Well, why can't we have one for cows??? For example, couldn't we simply have a tax on e.g., eggplants that would contribute towards CUBI (cow universal basic income)? Mainly, it'd be a policy, financing the board and lodge of "unemployed" cows all over the world. What's stopping us from doing that? I'd pay for it. Would you?

1: Actually, I copied that from Wikipedia. But he said something very similar, I believe.↑

2: By the way, I want to be vegetarian, but so far, I've been struggling with sublements etc. But that's a story for another time.↑

3: Take this section with a grain of salt. Rügenwalder's Cordonbleus today are only vegetarian. This means some animal abuse may take place. I'd argue that today you cannot yet consume Rügenwalder Cordonbleus entirely without guilt.↑