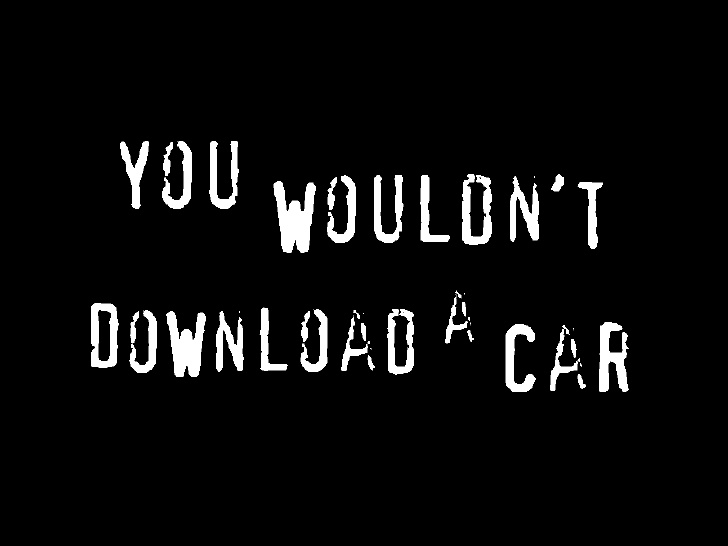 Experiencing another surge in NFT demand, we now logically see all sorts of companies publishing their latest tech research on how to register and trade intellectual property (short "IP") on-chain. The main idea they all follow is:

If you're a reader of my blog - by now I think you've gotten the hints that I'm not a believer. In my last post, I said that "NFTs are coming for Instagram and other social media platforms" and that their provenance can be tampered with. I'm tripling down. NFTs have nothing to do with the legal concept of intellectual property. Putting IP on the blockchain is missing the point. Nobody needs that.

But I'm discontent even further with the space's view on intellectual property. From a philosophical point of view mainly. Let me explain.

Been there, done that

Five years ago, I co-authored a document on intellectual property licensing and blockchain. As this work ended up being published in the COALA working group, we called it the "COALA IP Specification."

I'll spare you the long read and say: it's essentially a year's worth of research on intellectual property licensing and how organizations manage to digitize it in data structures. The document ended up being a self-glorified and unfinished recommendation for how to most generically model data structures that encompass all sorts of legal concepts and how to store those on blockchain-ish systems.

Today, I'd argue that the specification's value didn't lie in creating the document itself - albeit it now has over 100 stars on GitHub (lol). Instead, I think most valuable about the effort was accumulating the experience of promoting and writing about the concept. Here's why:

The specification itself just tries to piece together a data model from, at the time, commonly appreciated frameworks. Many of us were into ontologies and linked data. It's why the spec is heavily reliant on schema.org, JSON Linked Data, and other "promising" technologies that ended up nowhere. However, it defined two concepts that have become widely adopted in decentralized apps:

Curiously, a subset of the problems we tried to solve were later addressed by practical implementations like Zora, Ocean Protocol and OpenSea. Their core functionality deliberately doesn't rely on intellectual property licensing for achieving functionality. Instead they've made it irrelevant by smartly applying emerging technologies.

So why is it that the COALA IP approach never struck a nerve? I'd say that it's because it never managed to capture the Internet's Zeitgeist. And because it applied the intellectual concept too directly.

Zeitgeist? "Did you mean timeghost?"

By now it should have become clear that our technology visionaries aren't venturing towards a perfectly interoperable system regarding adjacent technologies and institutions. A smart contract has intentionally nothing to do with a paper contract. Sure, occasionally, there's another one of these boring blockchain conference panels where the same people discuss the meaning of "code is law" for the seven-hundredths time - but on a technical level, truly nobody cares about establishing compatibility.

But that's true also for the system's users. For the most part, the internet has stopped caring about intellectual property. There's no angry Metallica frontman that wants to stop us from downloading cars. And there are also no law firms wanting thousands of dollars because you accidentally seeded an mp3 for a night. You just use Netflix and Spotify.

It's simply that the idea of what constitutes "online media" has shifted from something object-like or file-like to something performance-like. We've accepted that the concept of materiality isn't useful in bits and only applicable in atoms.

But in the wonderful world of copyright, things haven't shifted that much. Here, from immaterial sources, material goods can be produced by printing paper with black English letters and by using magical physical signatures and stamps. Ink, ... fucking stamps? How do they work???

Instead of dealing with the shortcomings of this annoying piece of legacy, the industries of intellectual properties have moved on to different things. Brand-building and brand deals, advertisements, mainly performance-based and ephemeral outputs. Remember when it was cool to catch the drum stick of your favorite rock band's drummer? No? Well, me neither.

Personally, all creators I care about today: I've never even met them. I've never possessed any material or object-like piece of them. I don't even feel like wanting to either. I don't worship their work for their objective output like I did years ago when I went to the store to buy me the new Linkin Park LP.

Instead, these days, fandom has become an act of engagement. I help to enhance my favorite artist's performance online. I promote, react, mention, share, and like their content.

I also can't blame anyone for making the same mistakes I did when first wanting to make the internet more creator-friendly. As a developer, if you'd look into how intellectual property is laid out from a legal perspective, inevitably, you'd come up with a solution that anchors and maps actions onto blockchain functions.

However, it's important to realize that this way of looking at intellectual property is becoming irrelevant today. Sure, you can say: "But this is literally how all the industry works right now!" and you wouldn't be wrong. But it'd also show that you're ignoring the reality of what it means to create today. Creation transferred from an act of materialization to a performance.

In open-source, a public repository is just as useful as its community of maintainers. On Youtube, TikTok, Instagram, and Twitch you'll only find success through building a permanent online personality. Clubhouse is for sharing hot air and that is the definition of ephermeral.

Almost no creators' works are truly protected by copyright and intellectual property licensing. Mostly, they're protected by the creator's aura of authenticity and by owning and monetizing an audience. Sure - occasionally, a video can end up in places where it shouldn't. And it's then rightfully disputed through the platform's mechanism. But let's be real: The platform's motivation, at that point, is rather upkeeping of consistency than righting a wrongful IP licensing.

Given the Internet's real-time nature, I think we'll see even more tools emerge that monkeypatch the legal licensing of digital artifacts.