TL;DR: I built a synthesizer that allows streaming directly to an internet radio stream. Below is the live stream:

It’s that time between Christmas and new year again, where you can usually find me at Leipzig’s Congress Zentrum on my computer hacking away. It’s chaos congress time. Given this year’s pandemic, the “37c3” however, was moved to the internet and renamed to “rc3”, the Remote Chaos Communication Congress.

Earlier this month, the iconic congress build-up started. This time around, building up didn’t involve moving heavy crates of mate tea around. Instead, it meant that everyone started designing, drawing, and building their assembly maps for the “rc3.world”. A 2D virtual space that’s supposed to replace this year’s lack of physical space.

The rc3.world software is a fork of workadventu.re, a 2D game simulating a virtual work environment with avatars. Within this 2D map of the virtual congress, the organizers invited all assemblies to build their own spaces. And so, as the build-up for Social Dist0rtion Protocol assembly began, I had an idea for a project. 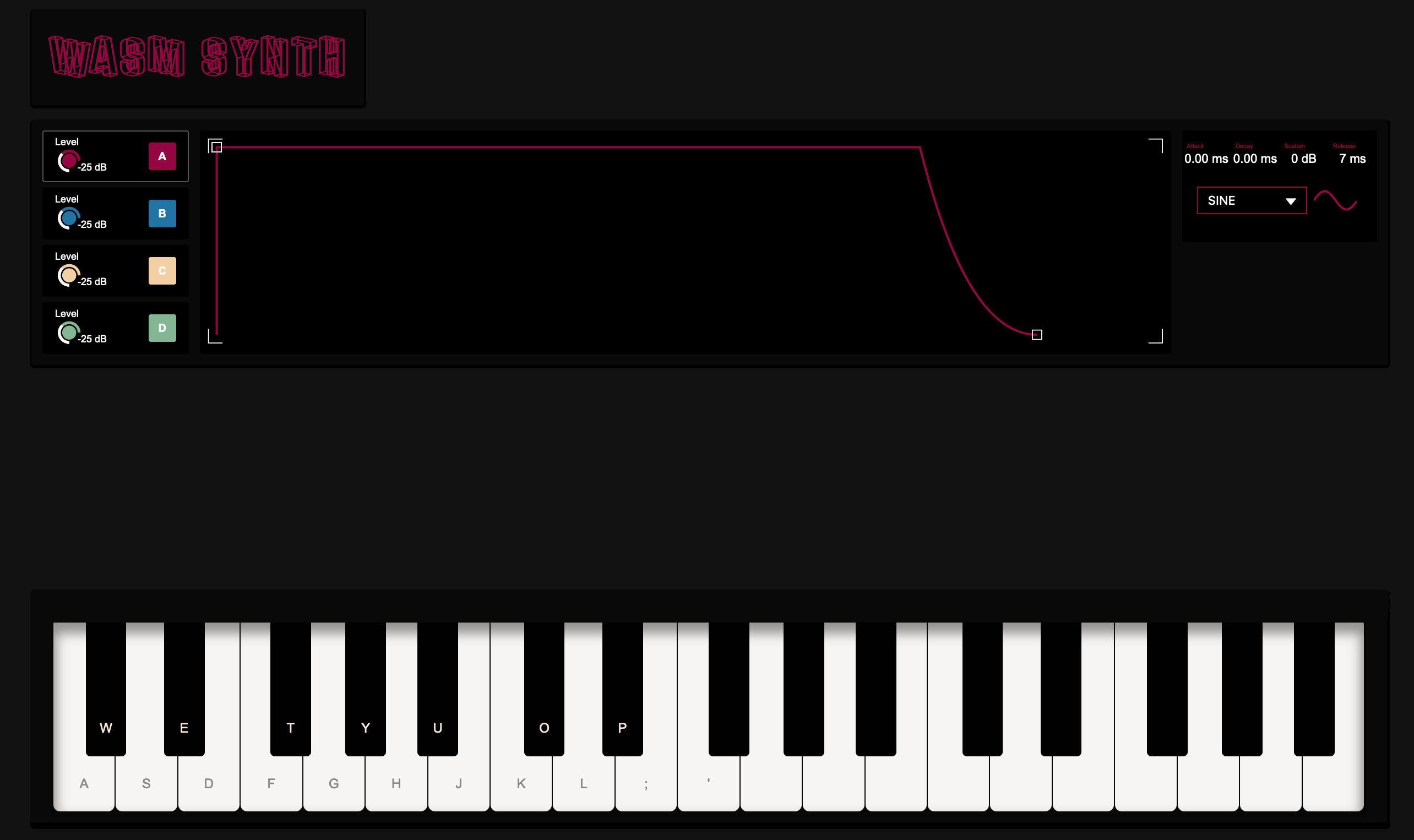 At last year’s congress in Leipzig, I had launched wasm-synth, a synthesizer built in WebAssembly. Naturally, this time I was eager to take the project to the next stage. Hence, roughly a week ago, I started to work on a new project called “WASM-STREAM” - an extension to wasm-synth.

WASM-STREAM is a virtual stage for digital artists. Using WASM-STREAM, an artist can broadcast their play with wasm-synth to an internet radio stream. More importantly, though, this means that they can take the stage on the Social Dist0rtion Protocol’s assembly and jam away to a virtually present audience. 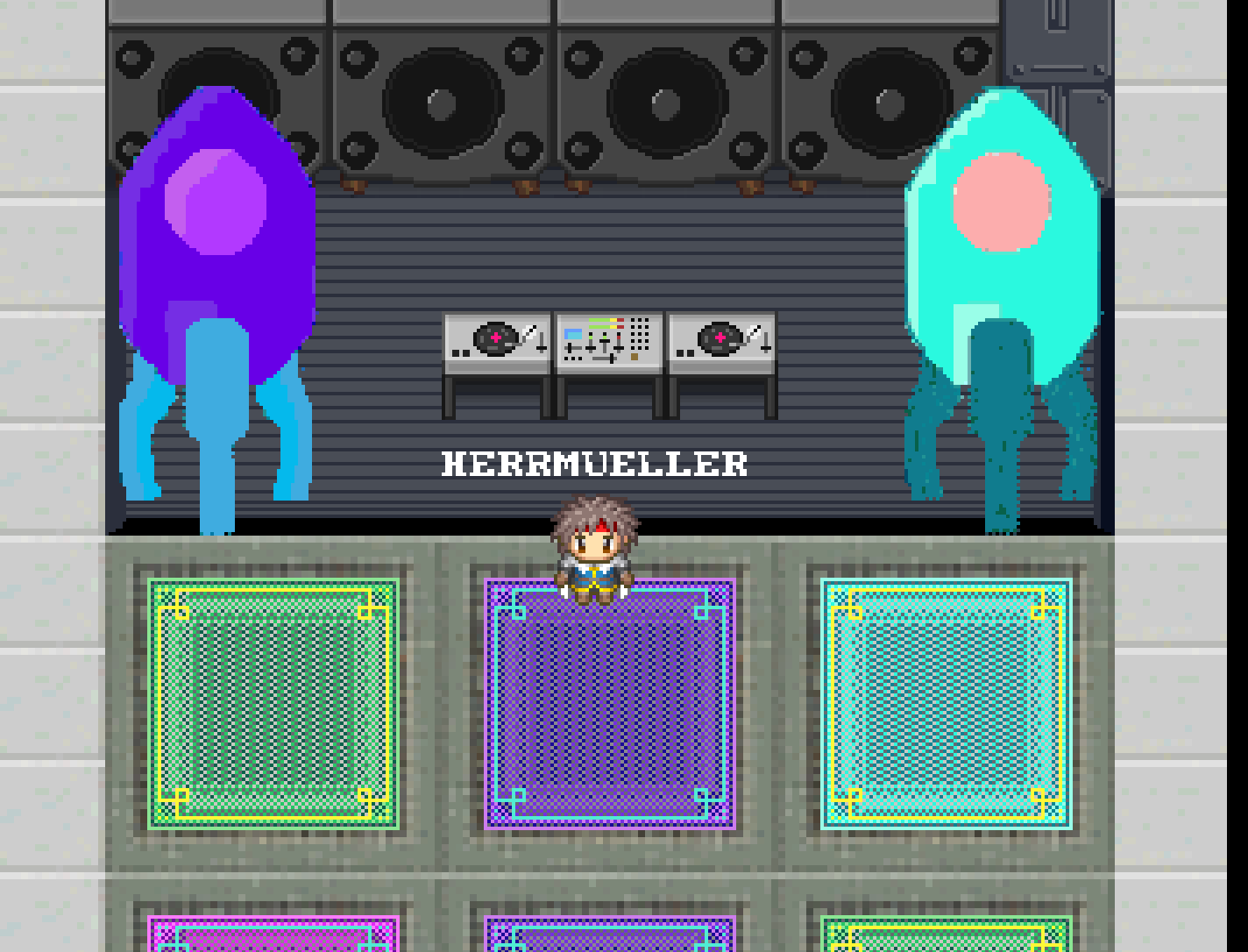 So how did I build it?

wasm-synth is a project that I built deliberately to showcase the power of the web. At the beginning of the year, I wrote a blog post outlining its technical details. It’s using the AudioWorklet and some WebAssembly-transpiled code to render audio in real-time in the user’s browser.

Now, workadventure, the software ccc uses to run their rc3.world, is also built on the web and allows embedding audio streams. So I thought, why not take the audio generated in wasm-synth and stream it to everyone in the rc3 world.

In a way, it sounds like not that big of a deal to build an audio streaming client within a website. But remember that a browser’s networking ability is limited. While we’ve come a long way from the XMLRequest API to fetch, WebSocket and WebRTC, these concepts only allow talking upstream if their authors deliberately built their upstream application for supporting them.

Naive as I Am, I started by deploying icecast2 to a small Hetzner instance. I configured an authorized mount point that allows a streamer to connect using client software. Then I looked for a way to stream audio directly to icecast from a browser. And found… nothing.

Well, I did find something. It’s called webcast, and it’s a WebSocket-based subprotocol that allows sending binary audio data between a client and a server. In their README.md, the authors also mention webcast’s compatibility with liquidsoap, a DSL for audio stream processing.

So my first attempt at plugging these things together involved encoding the Float32Array data from the AudioWorklet into an mp3 stream using libshine (that has a wasm JavaScript package) and then sending it to a liquidsoap “harbor” via webcast. Liqidsoap would then convert the mp3 stream to ogg-vorbis, make it stereo, and forward it to the icecast server.

And, to my surprise, it worked. When I hit some keys on the wasm-synth, they got encoded and sent to the audio stream. With a bit of delay, I heard what I had just played. Cool!

Anyways, with my small little demo, I was galvanized and motivated enough to spend more time building something that would work for the congress.

Ultimately, liquidsoap was not well-suited for my purpose. I also quickly realized that all I had to do was build a proxy between the icecast protocol and the webcast protocol. And that’s what I ended up building. A small JavaScript application implementing two protocols. It listens for incoming WebSocket connections and calls icecast with a loooooonng PUT request to establish a stream.

WASM-STREAM itself doesn’t do any encoding. It can, however, route an audio/ogg or an audio/mpeg stream from webcast to icecast. The encoding from WAV to mp3 takes place on the user’s device already when the play the synthesizer.

Whether you have a ticket to rc3 or not, you can tune into the stream at https://audio.daubenschuetz.de/stream. It’s an mp3-encoded stream, meaning it won’t work in all browsers equally (Firefox works natively; Chrome et al. only support ogg/vorbis natively). If it doesn’t, try a desktop application like iTunes or VLC.

The stream is continuously online. But if you don’t hear anything then that’s because nobody is currently playing the WASM-SYNTH.

Finally, you’re able to “dance” on the Social Dist0rtion Protocol’s assembly dance floor. The rc3 orga was nice enough to allow us streaming audio on our map. Click here to visit us directly on the rc3.world map.