This year started out with a new year’s resolution of using even less social media than in 2021. As my diet now excludes Reddit and Hacker News, for the last two days, I’ve been aimlessly browsing the web in search for interesting stuff. It’s quite boring out there… Do I feel cold turkey? Am I OK???

But for some reason, this morning, I ended up checking out an article of thedefiant and saw that they use a neat little site called “unlock protocol” as a crypto-native monetization mechanism. I immediately got excited as I love me a simple but honest implementation of some “future tech.” For the definat, the unlock protocol is a generic paywall they put in front of their posts so that users are asked to pay before they can access content.

With my curiosity caught, I went on Unlock’s GitHub and looked at their code. I also stalked their employees (as you do, right?) and their founder. In fact, I suddenly found myself on the founder’s blog playing with the Unlock paywall integration (the founder’s blog is using it too). Actually, I was even interested in giving it a shot. The blog posts sounded interesting, so I tried to become a “member”: 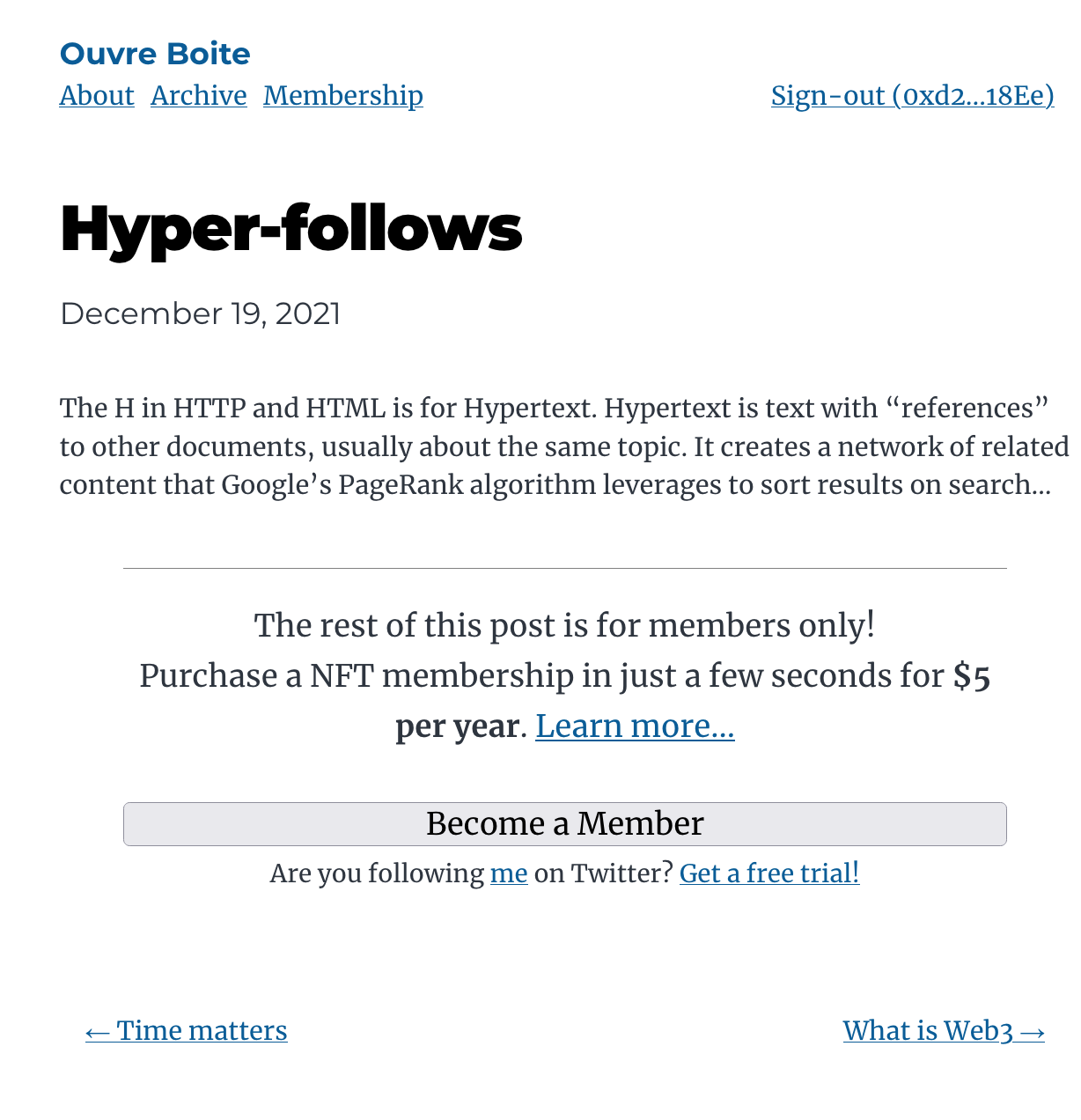 Both on Desktop and Mobile, the intergration that Unlock Protocol did with WalletConnect and Metamask is neatly done. I even had to sign something and I was guided nicely through the process.

But then came the step that involved paying money and there I was basically kicked in the stomach. Paying was only possible with xDAI… 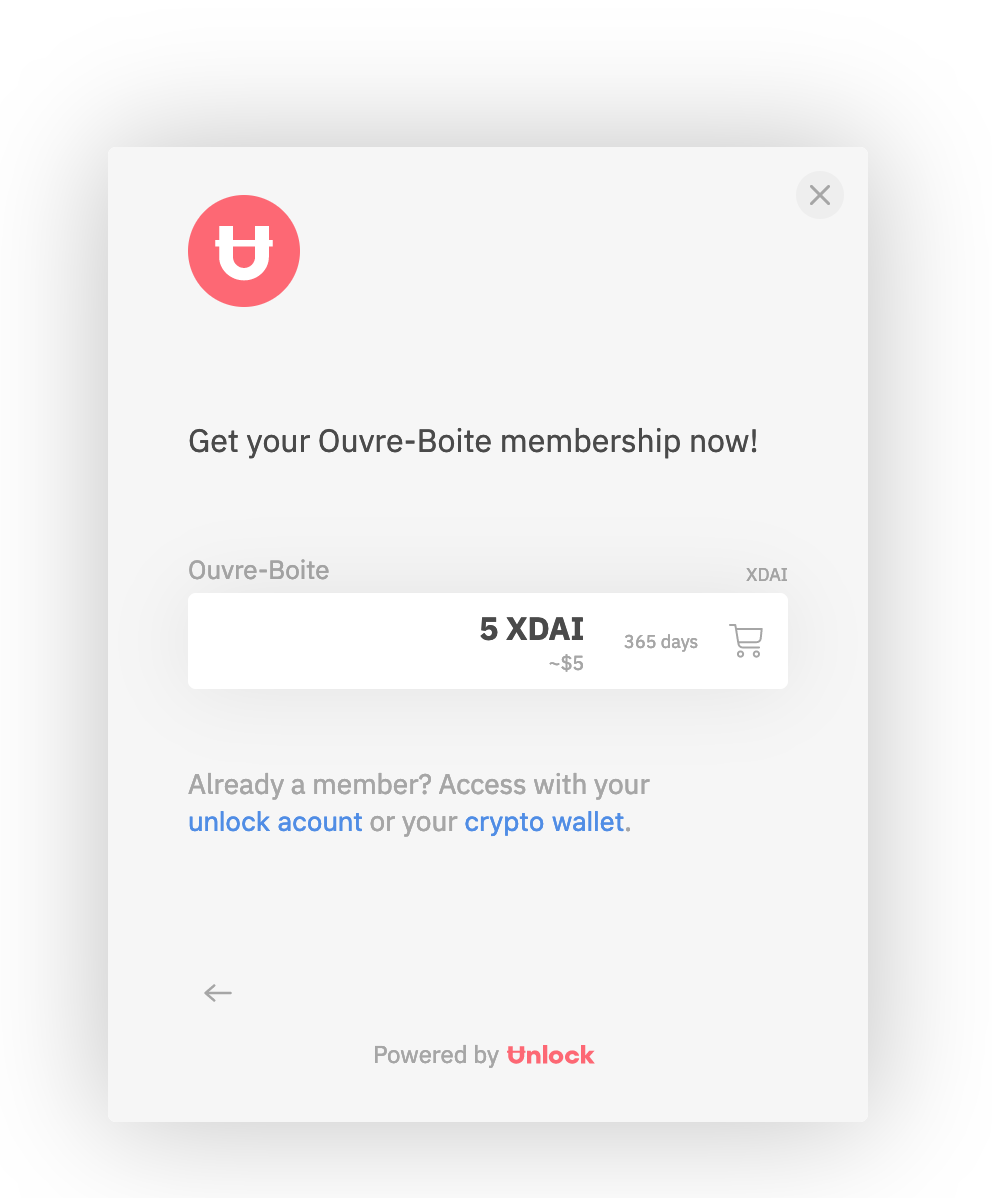 The Multichain Future is Multi Problematic

See, had my wallet contained xDAI then surely I would have paid for the article, enjoyed reading it and moved on with my life. But it didn’t and so now I’m upset for missing out on the article but also because I’m realizing that the problem is far bigger than Unlock Protocol’s unlucky checkout page.

It’s that the ecosystem has falsely promoted the “multichain is the future” narrative, without properly thinking about its consequences.

A quick intermittened definition of what I mean by “multichain” is that instead of picking and transaction on one chain to rule them all (e.g. Ethereum or Bitcoin), a multichain application would feature support for many different chains (e.g. Ethereum and Bitcoin and Polkadot and Tezos).

I almost feel reactionary to say this right now, but multichain is really problematic. And that isn’t news.

Already in 2017 and before, some crypto currency enthusiasts went on stages publicly and proclaimed a “multicoin future” and that later on, it won’t really matter what coins we’re transacting with. The same people later proclaimed that DAI and USDC are to the USD what file formats like .jpg and .png are to images.

Clearly, and also undeniably, there’s not only qualitative changes to .png, .jgp or DAI and USDC - promoting such a reductionistic view point is simply harmful for everyone wanting to work by applying reason. For sure, there’s something uniquely good about arguing for interoperability; but I remain skeptical about the motivation’s of those that call for it.

A call for a multichain future or a call for interoperability is often just a competitor’s call for taking over market share through moral highground.

Multichain Has A Terrible User Experience

But that aside, multichain simply has dreadful user experience. Had the Unlock founder asked me to pay Ether, a widly distributed asset, then far more users would be capable of also buying. However, since I’m asked to pay xDAI, I’m implicitly also asked to bridge some amount of DAI (which I may not own either) onto the xDAI chain. That’s where the “Multichain is the future” vision falls apart for me, because it’s just a nightmare.

I just want to consume a simple blog post and I’m not at all interested in bridging assets to a myriad number of other networks. How much DAI should I buy? What’ll be the transaction costs? How do I bridge safely to the xDAI network? Hell, maybe I’ve never heard of xDAI before?

Having money on multiple networks for investing already, honestly, it just leaves me anxious and frankly I’ve started losing oversight. A few Satoshis there, a couple of Weis on ETC… Or was it ETH?

Also: I don’t feel comfortable with bridging either. Last time I checked, bridges are often semi-decentralized and therefore sem-safe. I don’t want to pay the risk of bridging, I don’t want to risk my funds during bridging and I’d appreciate paying as little transaction costs as possible.

So for me, not having a balance on xDAI, would it be more expensive to send Ether on Ethereum’s L1 or bridging to xDAI? Clearly, sending Ether on L1 would be cheaper. I’d pay more than $5 for the membership in L1 transaction fees; but onboarding to xDAI I’d have to pay that too.

Now, of course, you could argue that “hey Tim, but once you’ve bridged to xDAI your transaction’s are cheap”. But, I’d like to reject that argument as there’d only be little probability for your next on-chain action to be xDAI related. It’s because the multichain paradigm doesn’t consider factoring in a user’s chain choice.

From the perspective of a developer, the experience is equally bleak.

Unless you’ve ICO’ed a sick token the other year and, hence, have a shit ton of shitcoins to pay for coders, really the “Multichain future” is entirely unobtainable.

Isn’t it hard enough to ship something of quality to a single chain already? Who has time to support five other full nodes, watch three other event endpoints and write code that works for six different networks but always slightly differently?

Multichain is or will be dreaded by every developer. But even business types will eventually start disliking it once they’ve run the numbers that the multichain vision also means fragmenting their community. Multichain means less money for more code. I just don’t wanna do it.

People love the Multichain idea because it allows them to dream of use cases that’d only be possible if we were further into the crypto currency future. xDAI, Polygon and BSC offer developers features that are simply unobtainable on secure and decentralied chains like Ethereum’s L1 today. Many are sick of gas fees, they hate not being able to build their product given high storage costs.

We want what we can’t have. We want super fast and cheap transactions. The future of Unlock Protocol would be so bright if only all blockchain transactions would finalize so fast as on xDAI. Why can’t everybody bridge their DAI onto it then? Why are we still stuck with Ethereum transactions costing hundreds of dollars?

But, the proponents of the multichain paradigm purposefully ignore that scaling blockchain to unsustainable limits isn’t real. Decentralized blockchains can’t scale as Polygon does today. They may never scale that well!

And even today, its become incredible costly and hard to run and keep a BSC node online. Some even say, running a BSC node is “a lost cause”.

Ultimately, the multichain paradigm has caught on as the big network’s puniness started showing in last year’s hype cycle. But unless we want to reintroduce databases for managing money transfers, I think it’s time to accept that insecure side chains and the multichain paradigm aren’t a quick fix to some of the space’s trickiest problems.

The rule is simple: If a dapp doesn’t provide equal or more value to a user than the current transaction cost on a strongly decentralized chain, then it’s probably not worth building.