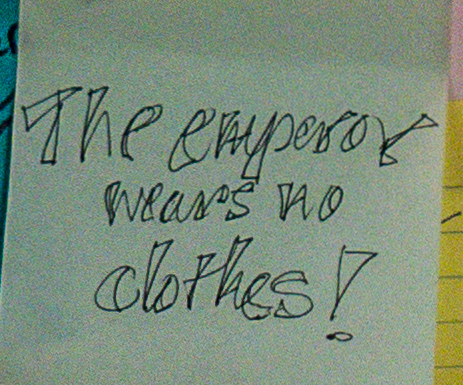 I’ll cut right to the chase: I believe a big reason why many people in this world suffer is because some other people can afford to decide irrationally.

In “Was ist Autorität?” (en.: “What is authority?”) Bochenski, the author, divides authority into two distinct categories. Authority, he claims, is a relationship between e.g. two parties and a domain, where one party acknowledges the authority of another over the domain.

However, Bechenski makes a remarkable categorization of authorities within the book. He generally divides authority into epistemic and deontic and specifies that:

I find these categories remarkable as they also help to get a clearer picture when, for example, working with software. I’d go even further and say that many conflicts in developing software stem from denying or being unaware of this power dynamic.

If, for example, you browse blog posts on Hacker News, then you’ll often come across the type of developer that hates meetings and their manager. The brisance in the relationship to their manager, I’ve come to observe, often stems from failing to differentiate between epistemic and deontic authority.

And while you might think that, hence, there shouldn’t be a problem as surely things between devs and managers will balance out over time, acknowledging the anecdotal reality is that I’ve never read an angry manager’s blog.

So I’d argue that the reason I’ve never seen a manager’s mad blog is that they, being the deontic authority, always get their way by being also in control of the project’s funds and hence the dev. So even though things “are”, they’re made as they “should”.

On-chain, the Emperor wears no Clothes

Now, to deliver on this article’s headline, which reads why “on-chain, the emperor wears no clothes,” I think it’s of vital importance to understand the difference in the types of authorities. It’s because in the colorful world of ERC20s, who controls the token, controls the money and hence puts themselves into the deontic authority position towards others.

Suddenly, things can’t be done in a rational way anymore: The “how it is” stops being acknowledged. The “how it should be” becomes more relevant. And that’s where, in my opinion, the suffering for epistemic authorities starts.

It is my conviction any type of software we use today is based on epistemology and not deontology. It’s because deontology can’t inform epistemology.

It may be concluded that indeed the world is better should 2 + 1 = 4, but deontology doesn’t carry the same power as reason and epistemology. Deontology can only be accomplished through force and continuous preaching.

Epistemology, on the other hand, appears in humans beings as a fundamental feeling. In a way, it could be seen as the most powerful appliance of empathy.

It’s because if we explain math to someone and succeed in making them understand, then through this act of understanding, we transferred knowledge. We haven’t had to use force. We didn’t need to preach. The person comprehended the knowledge through the feeling of discovery. That person, taught epistemically, can now go out in the world and start teaching others.

With deontic reasoning, on the other hand, we can’t gain this level of sustainability. To enforce the “should”, we’ll have to stay in control and exercise power. If our student was to escape and roam the world, they may now run the risk of being exposed to knowledge. Then what?

Well eventually, I’d argue, that knowledge and “what is” would start overwriting the forcefully fed “should”. One day, all preachings would be gone and worst of all, our student wouldn’t be able to transfer any of the “should”. At worst, they’d know less “what is” and start therefore start immitating their infamous teacher.

So you ask why I claim that “on-chain, the emperor wear no clothes?” I tell you, it’s because his emperor’s tailors were so blinded by the shiny value of their ERC20 tokens, they stopped seing “what is” and only did what they ought.